Session 17(2): Lorena, Randolph and Thorson return to the wilds, encountering Giant Serpents and a tomb holding much worse…

Session 18: Randolph (Mixing Axis), Queal (Will.DM of Wicked Studios fame) and two hirelings, Duke & Ratsack, embark on an unexpected sidetrek, via an ethereal stairwell somehow conjured by the rising of the moon…. what terrors lie within…? 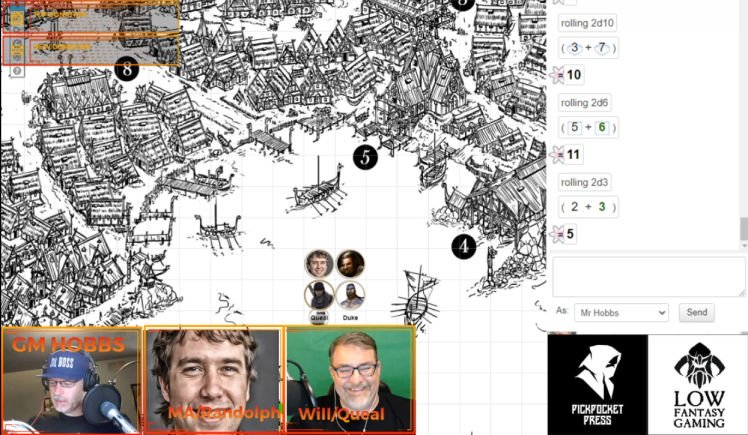 The fabulous NANGCast has now been going for more than a year – can you believe it!? And GM Jack and crew have a new website – Check it out peepimacs!! Episode 17: Bridgeton PI, the Investigation Begins: The Gang decide to look into the happenings in Bridgeton, Nyla and Garri team up to crack the case whilst Grandall goes dark to follow a lead. Meanwhile Elias is in the lab working on a… cure?…

The Irrepressible Tricksy & crew are back with Sessions 5 & 6 of their Mordheim (mis)adventures!

Session 5: A Trip to the Market: Wherein which the skaven barbarian Mange Skitscratch & crew attempt to chase down Rowan for locking them in an inn. Includes a bucket brawl. Between PCs.

Session 6: Of Mutants & Warpstone: Mange and allies raid the base of another warband known as The Tri-Kin, who have make a base in one of the many sewers of Mordheim.

Three new PDFs of gaming excellence from our Conjurors of Content on the LFG Discord! If you haven’t dropped by the Discord server yet, now’s a great time: the patrons are friendly and the ale cold n’ bitey 😀