Three new actual plays for your self isolating gamertainment!

#1 Silent Gods by Out of Character RPG

First up the new Silent Gods campaign by the Out of Character RPG Channel!

Lead by esteemed GM Anthony Snr, with players Alexander (Lord Guy, Fighter), Henry (Larious Mendal, Magic User), Steve (One Eye’d Wayne, Bard), and Richard (Chama Chama, Barbarian). A mysterious cult, beastmen, and a young girl lost in another dimension? Nothing suspicious about that at all! Episodes 1 & 2 are ready to go on Youtube! No spoilers, but holy shit things get weird by the end of Session 2  :DD

Boss Tier GM Mr Hobbs is back with a kickass playtest of Whitestone Tower for Virtual Gary Con! Tune in to Twitch to see how new blood Art (Quintus the Fighter), Jason (Grindle the Rogue), Tim (Maegen the Ranger) and Courtney (Janess the Magic User) fare against the winged beast plaguing the Varnori! 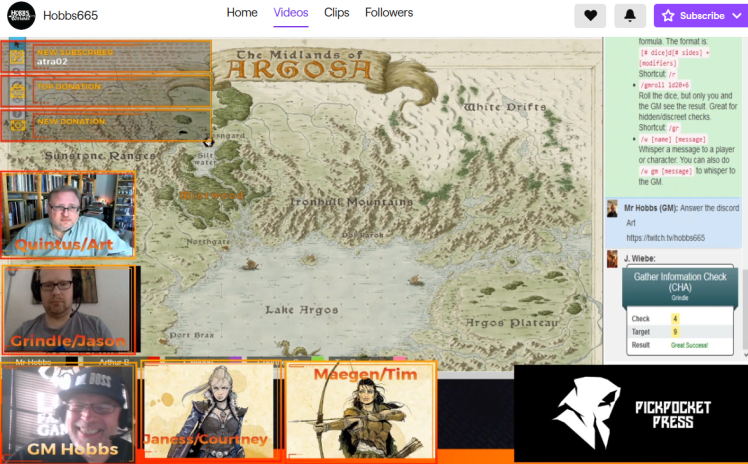 And last but certainly not least story teller extraordinaire Jack and his crew are back with podcast Episode 9: Arrival at the Windmill.

The gang, arrive at the not quite halfway point of their journey, ‘the Windmill’ Meet some new faces and reacquaint with some old ones before acting like Jamiroquai and going deeper underground…